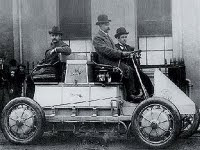 Electric motors and batteries were available more than a century ago, but EV 1.0 lost the battle to the internal combustion engine (ICE). In this rematch, many of the same issues still challenge EV 2.0 – upfront costs, large batteries and refueling challenges. Will EV 2.0 drive car owners a new way? 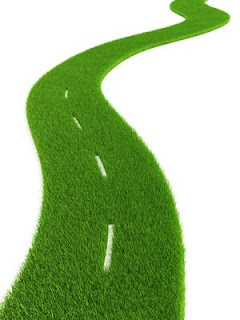 My conclusion is unequivocally positive that EV will transform the industry. My rationale: There is sufficient market to support EV until the early adoption issues are resolved. Although the technology may not be ready for mass market, it is not a distant dream such as hydrogen. The issues facing EV are similar to other industries whose start-up challenges are now forgotten given their success. Finally, electricity is a superior fuel compared to fossil and hence will drive the innovation required to make EV work.


Is the e-car fundamentally better than alternatives in long-term?
Imagine all those pesky issues about battery size, cost, range etc are resolved. Is it better then? YES!   An electric vehicle is:
•    A great driving experience
•    3 Times Less expensive to operate
•    Zero emission vehicle during operation
•    Reduction in total emissions even if the electricity is generated by coal.
•    Potentially a key contributor to a smart grid.

Is it good enough now to attract a segment while the technology, infrastructure, costs, performance and other issues improve?
YES! There are good indicators that sufficient market to support in the interim.
•    Demand is brisk for fuel efficient cars including hybrids and clean diesel
•    Intrepid DIYer’s have modified traditional cars for electric motors
•    The number and variety of players legitimizes the EV.
•    Government support
•    Early adopters are willing to make some sacrifices

Are the issues solvable?
YES! A combination of technology breakthroughs, optimization and process changes will resolve the thorniest of EC issues.

Smaller, greater capacity and cheaper is the trend. Breakthrough materials and processes will accelerate further. The amount of funds pouring into battery technology is impressive. It is in the billions of dollars.

In addition to battery technology improvements, if the car requires less fuel to operate, the battery will provide greater range. The amount of power required is influenced heavily by the car’s design. Many EV car manufactures have not redesigned the car from the bottom-up to work well with the new fuel. To get cars to market faster they are using many traditional designs and parts.
o    Physics – aerodynamics, weight of vehicle, rolling friction
o    Appliances inside the car such as the radio, heated seats
o    Functions consuming electricity such as power steering or A/C
o    Wasted energy due to idling
o    Lost energy that could be captured such as braking

The car manufacturers have incorporated some changes already and are planning the rest for next generations of EV. This is a double win --- many of the improvements will also increase efficiency of the traditional gas fueled car.

One other way to handle the battery range issue is to provide supplemental power for the occasional longer trip given current battery technology and lack of infrastructure. Some manufacturers --- such as Chevy Volt  --- are providing e-car hybrid, where a battery is sized to cover most of the average driver’s daily mileage while gas fuel powers the electric motor for longer trips.

Issue 2: Recharging is not readily available
Not all cars have easy access to electricity and consequently some type of public recharging will be required. As Tom Gage CEO of AC Propulsion pointed out “What is more available than electricity? It is the ultimate commodity that exists everywhere that people live”

To develop a public electric recharging station (currently $3,000 – 5,000) is a rounding error compared to gas station ($3 to 5 million). It’s even cheap compared to a cell tower that requires at least $20,000 plus equipment. It only took a decade to achieve good coverage in most areas. There are now over 200,000 cell phone towers as estimated by CTIA, an industry group. To give EV recharging network a boost, our tax dollars will soon be put to work building 16,000 charging locations as part of the Obama Stimulus Program. 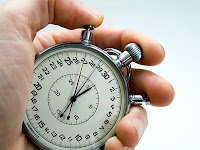 Issue 3: Recharging is Too slow
At 240v, current batteries require approximately 1 hour per 3+ kwh charged or 1 hour for every 12 – 16 miles of driving capacity. For a standard outlet at 110 v, charging slows down to 1 hour for every 4 – 5 miles.

Technology breakthroughs will accelerate charging. For example, Altairnano is adding a proprietary material to lithium batteries to reduce charge time to minutes rather than hours.

A process change may also dramatically decrease charging time. For example, to speed computer computations, IT uses massively parallel processing – where a problem is broken into small chunks and many individual processes work on bits of the problem simultaneously. To extend this analogy, EV battery would have multiple plugs. This is feasible, since the EV battery is made up of multiple batteries in a series.

Issue 4: Higher outlay than traditional ICE vehicles
Costs for EV components are reducing. Although the cost of a battery is often referenced there are many other new components in an EV that will also benefit from technology improvements, more scale and greater competition. Some of these other components include power train, regenerative braking, and charging hardware.  Over time, industry experts forecast that the total cost will be on par.

In the meantime, there may be creative finance options that could make costs on par. As Jason Wolf from Better Place observed, the battery enables very inexpensive fueling options. It can be thought of as buying the fuel upfront. As Jason Wolf described, “A battery is like eight years worth of gasoline."

This got me thinking that an EV is analogous to an electric refrigerator that replaced the “ice box”. Before refrigerators, the housewife would buy ice weekly at a small cost. In comparison, the new refrigerator had a huge upfront cost. To overcome this barrier to sales, financing was offered to the consumer, which was also a new concept. It seems that some auto makers are exploring this concept. Carlos Ghosn, chief executive for Nissan-Renualt floated a cost of “just under 100 euros per month” (about US $150) for battery leasing. Using the same parameters as the earlier cost example, if e-car drives the average 1,000 miles per month, then the total costs would be $184 compared to $330 for traditional ICE car.  Of course, any pricing needs to be understandable by the consumer. Otherwise it could be a determent to sales.

EV over ICE in no more than 3 rounds (generations).