Can the EV Do the Trip to Vegas? 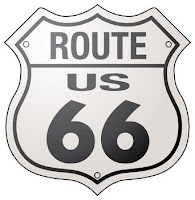 How close is the open road?

To share different strategies to overcome range and refueling issues, the German American Business Association hosted a panel discussion with electric vehicle (EV) representatives. The hurdles to adoption are:
Three approaches were shared by the panel to resolve these two issues. The moderator was Thilo Koslowski, Vice President Automotive and Vehicle ICT, at Gartner. 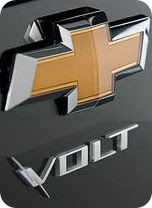 Presented by: Byron Shaw, Managing Director, General Motors Advanced Technology Silicon Valley Office
Background: General Motors  will be releasing its Chevy Volt in 2011 which is targeted for Middle America car buyer.
Rationale: Taking no chances, GM is pragmatic that it may take some time to build-out the infrastructure to support recharging. They think “range anxiety” will likely be an inhibitor for first generation e-car buyers. Despite its current approach, GM appeared open to pure electric in the future.

Presented by Tom Gage, CEO, AC Propulsion
Background: AC Propulsion was a major technical contributor to BMW’s MINI E, which is currently in pilot with 500 US drivers. AC Propulsion was an early e-car pioneer in the 90’s.
Rationale: Like GM, AC Propulsion thinks that an infrastructure is not needed immediately and expects a strong niche for low mileage drivers with garages and secondary vehicles. The EV option to charge @ home is seen as a benefit to this segment. Once charging is more widespread, the market can grow.

Background: Both are start-ups focusing on providing public e-fuel facilities. Better Place has a battery swap business model while Coulomb Technologies, Inc. provides networked recharging stations.
Rationale: Their concerns are identical to GM that the largest segment don’t have a place to recharge and “range anxiety” is real.  However, both companies believe that many auto makers will pursue pure EV. Also GM’s Volt can still benefit from an e-fuel station.

All three approaches support viable segments. With over 18 million new cars sold annually in the US, it’s a big opportunity for many creative players to work out the issues. 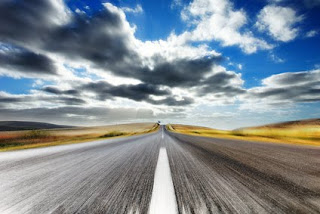 Thankfully, we are not that far off from enjoying a classic road trip in our EV. Mike DiNucci from Coloumb Technologies shared his recent road trip in a plug-in hybrid electric vehicle --- a transition step from traditional to all electric. The non-stop journey was nearly 250 miles from San Jose to Chico California to close a deal with Sierra Nevada Brewery. After refreshing himself and the car, he drove back home.