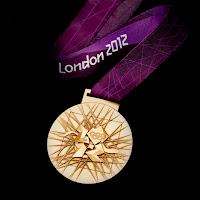 China advances in the Olympic medal count, competing for the top rung with the U.S. The 2012 Olympics continues China's trend over the last several Olympics of garnering more and more medals. In 1988, China received only 5 gold medals while in 2008 they boosted their gold medal count to 51.

My assumption was that this growth was a natural outcome of China's huge population. Having a greater pool provides statistically more potential Olympians and a greater advantage over less populous countries. In previous years, China was held back by their lack of economic development.

Although population provides an advantage, China's medal extravaganza has been turbo-charged by a specific Olympic strategy. As reported by ABC news, China is following the East German strategy. During the cold war, East Germany was able to overcome their disadvantage of a smaller population by allocating resources to:

"... while the Chinese have done well in diving and gymnastics where their acrobatic tradition gives them a natural affinity, they have also done staggeringly well in sports that most countries overlook, the low-hanging fruit of the medal count."

Some may question China's goal and the maniacal state-sponsored focus it brings to achieving it. Those are valid questions, but the focus of this post is the strategy. The outcome confirms that a good strategy can provide a leverage point where a small amount of effort yields large returns. East Germany before and now China researched how the Olympic medal system works to uncover a winning strategy. This is the basics of systems thinking.

The Olympics are inspiring for both athletic and strategic performance. Systems thinking can help make the most of one's natural advantages like China or if disadvantaged like East Germany can provide a boost. Unlike doping, this is a performance enhancement that is legal and smart.