4 IT trends that can amp up your sustainability programs 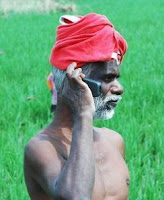 Computing is found everywhere across the globe and cheap enough to be in the hands of a subsistence farmer. Let's review four emerging trends that harness the power, popularity, and economics of IT to boost sustainability programs.


The foundation making the trends possible 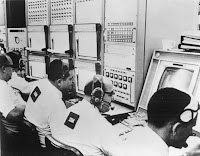 Consider the following examples as a refresher on how technology continues to advance:
The 4 IT trends 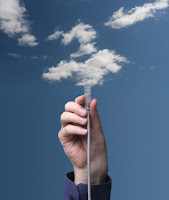 Just like the Zipcar, cloud computing is based on sharing. An organization uses computing power owned by a third party when needed, rather than acquiring its own data center and equipment with the all the capital costs and on-going overhead.

This allows an organization to focus on its core competency, those activities that differentiate it from its competitors. Given that most data centers continue to be alarmingly underutilized at 10 to 20 percent on average, shifting management of computer equipment will likely provide big benefits for your organization and the environment.

But more exciting than optimization is the opportunity to provide new applications quickly, even if the organization is small. All of the apps reviewed in the next sections are available in the cloud.

2. Deploying sensors to enable new types of automation
Each year, poor driving contributes to 93 percent of all car accidents, or 4.9 million last year. We spend an extra 11 minutes per day on average stuck in traffic and much more in highly congested areas. Poor driving practices and congestion waste 3.9 billion gallons of gas, about 4 percent of total U.S. oil production. Google hopes to resolve these issues with its self-driving car.

In 2005, the best self-driving car completed a closed course in seven hours at an average speed of 19 mph. In just five years, Google developed a fleet of self-driving prototypes that have since driven 190,000 miles in street traffic, busy freeways and the open road.
How did Google achieve the breakthrough? Taking a whole systems approach, Google developed the brain, memory and eyes for its self-driving system.

The car uses an impressive algorithm and enormous processing power as its brain. Feeding the brain are the "eyes," made up of multiple sensors including a laser guidance system on its roof, radar mounted on the bumpers, a GPS system and various cameras. The sensors are used to capture data real-time but just as importantly, road data prior to any trips. That road data is stored as memory.

Live streaming of data from sensors and historical road data are combined to recognize static objects such as traffic lights from dynamic objects such as pedestrians. The Google car crunches more data, does it quicker and more reliably than human drivers. 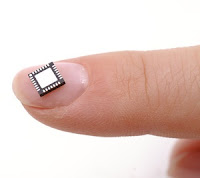 Although the Google car is still a few years away from commercialization, a variety of niche apps is being introduced to manage specialized processes. These new apps read hundreds of smart sensors every few minutes to manage changing conditions. PureSense reduces water use by farmers while increasing yields and reducing disease. Panoramic Power deploys sensors at the circuit level to provide more granular management of devices in buildings to stop wasting energy and money.

These sensors also detect dangerous conditions such as flooding, equipment overheating or no longer functioning to enhance safety, providing an added value.

3. Recruiting people to input data for alerts
Tap water in India is often only available a few hours per day and at different times each day. When water is available, the taps are turned on to fill bathtubs and other containers to store water for later drinking, cooking and bathing. Women and children are on "water alert" not knowing when the next delivery will occur, keeping someone at home at all times.

NextDrop saw an opportunity to help consumers dealing with this limited and erratic water delivery. NextDrop recruited utility personnel who open the valves that allow water to flow. The utility rep enters the valve number in a simple mobile phone app when the valve is opened. NextDrop then sends an alert to subscribers of that valve so they can return home while the water is available. 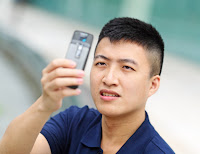 Valero Energy uses SAP software to manage its enterprise. But some important data was still unavailable to solve issues early and prevent accidents. Traditional incident reports were available to report issues, but usage by Valero employees was low.

Working with SAP, a new interface was deployed. Valero employees who notice something amiss are now encouraged to take a photo with a cell phone which has amplified reporting of issues.

Many companies are concerned about labor practices by suppliers and may even do periodic factory inspections to ensure compliance with their "Vendor Code of Conduct." LaborVoices is a new tool that captures worker input via cell phones to provide alerts about problem situations that warrant deeper investigation.

4. Using and combining other organizations' data for new insights 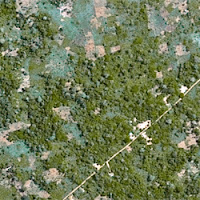 Global Forest Watch 2.0 turns that old adage on its head, "See the forest, for the trees" to "See the trees in the forest." The goal is to spot any illegal logging or other activity before it is too late. Using NASA satellite data taken on separate occasions and sophisticated software to peer through the clouds, Global Forest Watch is now able to pinpoint areas where illegal activity is occurring by comparing changes over time. They have stopped violators by providing compelling evidence to government officials quickly.

Coca-Cola worked with WRI (World Resources Institute) to develop Aqueduct. Aqueduct helps manufacturers and others who rely on water to understand water risk where they operate by using data maintained by governments and other groups across the globe.

Walmart, IBM, Kraft Foods and many others are encouraging their respective industries to use a common language to unlock the data within individual organizations. For example, the Carbon Disclosure Project provides a hub for suppliers to enter data once such that their many partners in the supply chain may access.

Computing power is abundant, cheap and ubiquitous. For us sustainability folk, the challenge is to think creatively on how to unleash IT.

Imagine How IT Can Amplify Your Green Programs
Contact me to learn how to:
*  Deploy apps in the cloud to prototype and provide new services.
*  Use sensors to help you manage your most challenging environments.
*  Consider the human link to get critical data not found in systems.

*  Exploit data outside your organization to provide new insights.
claudia@g3biz.com
To learn more about other IT Green services >>