How Autodesk Cut its Data Center Energy Use by 62 % 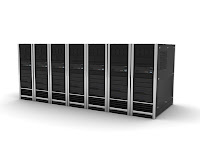 Many companies are busy using IT to enable greener practices yet don't get around to making IT green. Recently Autodesk -- the leader of 3D design software used by manufacturers, architects and engineers to enhance a product's sustainability -- completed a major data center retrofit.

The project cut its power consumption by 62 percent. The project also reaped $7 million in annual savings from reduced energy and IT infrastructure costs, which represents 15 percent of the IT budget.

Utilization of its hardware was abysmally low prior to utilization. Brzycki winced when he confided that utilization was only 5 percent, which is typical of many data centers, and proud to report that utilization is now at 86 percent. Autodesk retired 450 servers or 75 percent of its fleet.

2. Greener Infrastructure
Much of the original fleet was old and not well suited for virtualization. The project team took the opportunity to acquire greener products and services. The retired hardware was responsibly handled by a certified green recycler.

3. Not Just Greener, Better Service
The primary reason for low utilization of data center assets is that multiple copies of systems are needed to support development and testing. Access to test servers is critical for Autodesk since it uses IT for product development. Lack of test servers could slow product delivery or resolution of customer issues.

To make virtualization work, IT needed to improve its responsiveness when receiving requests for a server. The project team developed an automated provisioning process that creates a virtual server in just 7 minutes, down from the original service level of 12 days for a physical server.

This provisioning process was also used to support unexpected customer demand. When Autodesk first offered students some of its software at no cost, the response was overwhelming. The automated provisioning process allowed IT to ramp up quickly to the student demand, such as back-to-school, and then reclaim the assets when demand leveled off. Before the process was in-place, the servers would have been used at peak for a few weeks and then left running with minimal utilization.

4. "Big Bang" Deployment
With technical design complete, processes developed and greener products procured, the last step was deployment. One option was to do an incremental deployment -- moving a few servers and systems at a time, but Brzycki was concerned that IT's business partners would be inconvenienced for months. Instead the team decided on a "big bang" approach where all systems are cut-over at once.

It was stressful for Brzycki and the team, but with careful planning and thorough testing, they built out a parallel data center and then successfully cut-over all the systems simultaneously. They have been live for three months without major issues.

Autodesk's data center project benefited from support from CEO Carl Bass, well known for his green passion. Those organizations with less green awareness will find this sort of data center project is attractive purely on financial terms. Autodesk realized a pay-back of less than a year.

Imagine Your Data Center Savings
Contact me to understand your potential savings
claudia@g3biz.com
To learn more about other IT Green services >>


Beyond the top-line findings, here are some of the technical details of Autodesk's data center revamp project, including the hardware and software providers for some aspects of the project.

2. Greener infrastructure
Autodesk shifted from a single vendor to multiple partners creating competition and allowing Autodesk to select best of breed. This provided an economic and sustainability advantage, since sustainability requirements were built into the RFP process. Separate RFP's were released for hosting, managed service and equipment.
a. Hosting:
• Equinix, located in California and Sungard located in New Jersey
• Sungard serves on the Green Grid technical committee, and was named a Global Green 100 Honoree in 2009 by the uptime institute.
• Equinix participates in the Energy Star initiative to help define the standard for data centers. Also a member of the Green Grid Tech committee. The data center where Autodesk is located is also LEED certified
b. Managed service: HCL
c. Equipment:
• Replaced older and power hunger equipment with a variety of systems, but many of the servers are HP models.
• Recycled old equipment and no e-waste. Autodesk received $100,000 for the old equipment.
• In order to eliminate tape backup, Autodesk deployed a multi-tier storage infrastructure; HP's 3Par is its top-tier storage and the backups are migrated to progressively less expensive storage platforms.