First Published by GreenBiz 2012-01-03. Covered by TriplePundit and TreeHugger
Moki Tacub borrowed a Kill A Watt from his employer, The Fairmont Hotel Resorts Kea Lani, located on Maui. He planned to use the device at his home. The Kill A Watt meter is a simple tool that measures electricity consumed by devices such as appliances and electronics. 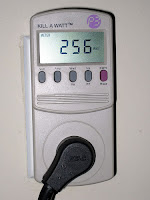 Tacub was surprised to learn that his electronics and appliances were huge energy hogs, even when they were not being used. With the data he collected, he made a few simple changes. He unplugged his washer and dryer when not in use and each night turned off the electrical strip for his computer, stereo, television and Blu-Ray player. He also replaced all of his light bulbs to energy-efficient compact fluorescents.

Although simple, these changes had a huge impact on his energy use. Comparing his home's usage to a baseline month, he cut his electricity consumption by a whopping 27 percent. Besides saving on his utility bill, Fairmont recognized his efforts. Tacub made the largest percentage improvement among employees participating in Fairmont's energy reduction challenge.

Tacub is like most employees (and most people, period), who waste a great deal of energy and other natural resources. Many companies provide tips on reducing one's personal environmental footprint, but some leaders are taking an active role in supporting employees.

These companies realize that despite good intentions, many employees are too busy to implement even simple changes. These leaders are finding creative ways to provide that extra nudge. While researching this topic, five approaches emerged.

1. Saatchi and Saatchi S: Encourage a Public Commitment
Saatchi's DOT program -- Do One Thing -- is a public pledge "to start a personal sustainability practice that is meaningful to the pledger," according to Kelly Petrich, Senior Strategist.
Saatchi works with organizations to help them establish DOT programs. They also set up a website where anyone can make a pledge. Some participants put their DOT on their business cards. That can be a smart move: Change management guru Robert Cialdini calls a public pledge as an ideal way to gain commitment.

Alliance for Climate Education (ACE), a non-profit dedicated to teaching high school students about climate change, has adopted DOT. Emily Adler, manager of strategic partnerships for ACE, reported that DOT is useful for newbies who are overwhelmed and enthusiasts who are plateaued.

ACE encourages high school students to use DOT. Even a small effort --- such as turning down the thermostat by one degree at home --- when multiplied can have huge impacts. In this case, if every high schooler were to dial-down, it would be equivalent to taking over a million cars off the road. The students are inspired to take action by seeing how their individual efforts connect to a larger impact.

No one will argue that DOT's alone will solve all issues. But DOT is a way to start to engage people in a small way so they can grow into bigger changes. "Commitment to a behavior," as Cialdini and Dr. Renee Bator observed, "can lead people to identify themselves as someone who behaves in that new way and lead to greater change."

Or as Saatchi & Saatchi S says, "Do Another Thing."

2. SAP AG: Define a Shared Vision
SAP, the business software giant, harnessed the power of a shared vision to affect employee commuting. In preparation for the scores of visitors that would arrive for the 2010 Olympics, Vancouver's transit authority asked for a commitment from businesses to reduce traffic by at least 30 percent.

"This was an excellent challenge for everyone to change their behavior slightly, and reap the rewards," Kirsten Sutton, vice president and managing director of SAP Labs explained. "We had a real opportunity to leave an Olympic legacy of eco-friendly commuting as a permanent change."

Sutton switched to public transportation and has continued to ride the bus. "You can teach an old dog new tricks," she confided. The results were outstanding; 66 percent use alternative commute methods, more than twice the Vancouver average.

The civic pride produced by the Olympic event was a boost to SAP's green commute program. Even without the Olympics, leaders can define a "big, hairy audacious goal" as coined by Porras and Collins in Built To Last, to motivate change.

3. Fairmont Hotels and Resorts: Provide Personalized Data
Fairmont's contest was a fun way to recruit employees -- and had some notable successes, as Moki Tacub's example shows -- but the distinguishing feature was helping employees understand their individual opportunities.

With personalized data, electricity consumption was reduced 10-15 percent on average for those colleagues who participated. Typically these types of efforts yield much smaller reductions, where 5 percent is considered huge.

Personalized data proved superior to general tips. This is analogous to reading an article about improving your golf swing and receiving one-on-one coaching. In this case, the Kill A Watt meter is that coach that can provide hands-on guidance. 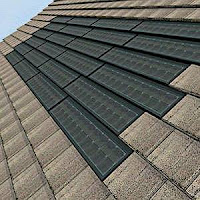 Justin Hough, an engineer at Applied, took advantage of the program. He had been interested in solar for some time, but having access to the employee program provided that extra push. He went to the intro meeting and was excited to learn that he would likely save money day one, reassured by the long history of SunPower and its installers and appreciated the aesthetics of the low profile, clean-looking solar panel.

Hough said after the installation, "The system was right on-target to saving energy and money." Since then he found another reason that solar was a good upgrade. A recent house appraisal took into account the new solar system which increased his home's value.

5. Google: Nurture a New Method
Electric Vehicles (EV's) offer the opportunity to slash energy consumption and carbon emissions. To become more widely adopted, making it easy to refuel EV's is critical. At its Silicon Valley campus, Google deployed 120 ChargePoint charging stations by Coulomb Technologies, with a goal to provide 5 percent of its parking with charging. Employees and visitors now easily charge-up to extend their EV's range. 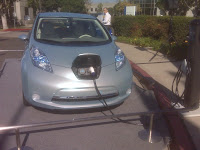 "With that many stations, I thought it would take time to get to high utilization," said Rolf Schreiber, Google's technical program manager for electric transportation initiative. "I was surprised that the charging stations are already used extensively." Many Googlers have told Schreiber that access to workplace charging sealed the deal to purchase an EV.

Seeing EVs in the parking lot also provides "social proof" that EV is viable. This can start a virtuous cycle of more employees mimicking the early adopters.

Start a Spark
Start by asking employees to pledge and create a community to share experiences. Or provide personalized and actionable data. Stay on the lookout for tie-ins to corporate initiatives and opportunities to share your buying power to help employees acquire green products more easily and cheaply. Making a larger commitment to support green modes that are in their infancy may fit your green strategy.

"The daily changes took some time to get used to, but the results were incredible," said Moki Tacub, Fairmont's energy reduction winner. Tacub continues to maintain his low energy lifestyle. And the contest raised his energy awareness. Tacub concluded, "My wife and I are now looking into solar panels to save even more electricity."

Imagine Your Employees Engaged in Sustainability
Contact me to understand how to use IT to provide coaching and measure results
claudia@g3biz.com
To learn more about other IT Green services >>