Chevy Volt: An EV For Everyone? 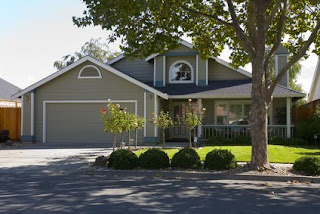 Will GM's next stage electric vehicle --- the Chevy Volt --- be embraced by enthusiasts, environmentalists and everyone else? YES!; according to John Ferris, Program Planning Manager, Global Electric Vehicles, for General Motors who met with me recently to discuss the Chevy Volt.

He explained that the Chevy Volt's strategy is to:


What is the Chevy Volt?

CG: There are a number of different EV (electric vehicle) options, please explain how the Volt fits in? 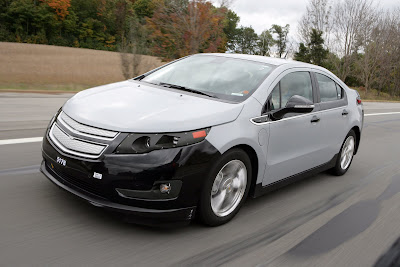 John Ferris: The Volt is an electric vehicle (EV) with extended range (ER) capability or an EREV. The Volt's lithium-ion battery powers the car for up to 40 miles without a drop of gasoline or any tailpipe emissions. Then the Volt continues driving for an additional 300 miles using gas or E85 ethanol.

Electricity always powers the Volt. Once the battery is discharged to a specific of charge level, its motor / generator kicks in using regular gasoline or E85 ethanol to create electricity to power the Volt's electric drive unit.  The Volt's battery can be recharged by plugging into a standard 120V electrical outlet or 240V charging station / EVSE (Electric Vehicle Supply Equipment).  The battery will also recapture energy from the vehicle's regenerative braking system to help extend the Volt's battery-only range and increase battery usage [when powered by gasoline] during its extended range operation.

CG: How is it an improvement over hybrid electric (HEV)?

John Ferris: Unlike a hybrid electric vehicle (HEV) that is powered by a traditional internal combustion engine using gasoline and only uses a battery and electric motor to improve fuel economy, the Volt provides up to 40 miles of gas-free, emissions-free driving using its lithium-ion battery.

CG: How is the Volt different from a plug-in hybrid electric (PHEV)?

CG: How does the Volt compare to a battery electric vehicle? 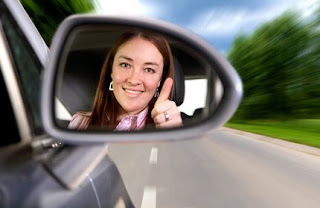 John Ferris: Unlike a pure battery electric vehicle (BEV) that is powered completely by a rechargeable battery and must be plugged-in once its battery is depleted, the Volt has the ability to continue driving using gas or E85 ethanol for an additional 300 miles.  As a result, the Volt eliminates the range anxiety experienced by drivers of BEVs and will never leave the driver stranded or having to wait to recharge its battery.


What are the Volt's marketing plans?


CG: Since the Volt is being released under the Chevy brand --- the middle America target --- what marketing approaches are planned to win over this segment?

John Ferris: Our approach is to provide a product that both the technology enthusiast, as well as, the mainstream market can embrace.

The big marketing push is yet to come, although we have started to mention the Volt in Chevy ads consistent with Chevy brand values and our "Gas-friendly, to gas-free" marketing campaign.

One major difference in this vehicle for GM and the car industry in general is the transparency that we have exhibited for this vehicle and its development. All facets of the Volt program's development have been shared in a very open and proactive way.  In addition to traditional company websites and media events, a popular social networking site was also founded by an enthusiast (GM-Volt.com) to help educate consumers and provide updates on the progress we're making.

CG: Does GM expect to attract green segments that may have moved to other brands?

John Ferris: Yes! But our intent is to attract much more than green segment customers.  Not only is the Volt an environmentally-friendly vehicle, but it is also a very fun to drive vehicle. Many consumers are pleasantly surprised at how quickly an electric motor accelerates.

CG: How many cars in its first release? Is this a pilot?

John Ferris: The Chevy Volt is planned to be a mass market vehicle versus a limited volume demonstration program.  The program will need some time to ramp-up but consumer demand and plug-in vehicle incentives will ultimately drive the final production for the initial life-cycle.

CG: What other services will GM explore given the new technology – similar to OnStar?

John Ferris: We are at the point where cell phones were 15 – 20 years ago when manufacturers and consumers were looking at basic functions and now we have many new functions as epitomized by the iPhone and its related applications.  New services in the EV space are likely to focus initially around charging (i.e., locating public charging stations and coordinating with the smart grid).

What about adoption issues?


CG: Costs? Batteries are a large component of the extra costs, but electricity is 4 times less expensive than gas ---- how can shifting the costs from small weekly increments (gas purchases) to one large payment up-front (extra cost of battery) be made palatable to the consumer? 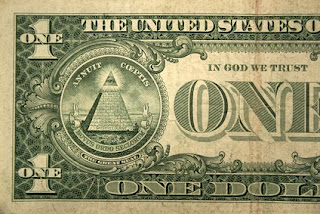 John Ferris: Whatever battery purchase options are provided, it is critical to do a good job communicating to the  consumer. Although costs are higher to purchase the operating costs are lower. We need to educate consumer that when running on battery energy the Volt costs less than $1 a gallon equivalent to operate.

GM is exploring different pricing / leasing options. Since traditional financing and leasing options are available already, these could be used to handle the extra upfront costs.  Some type of subscription models may also work.  Banks, however, may hesitate to finance a battery separate from the car.

CG: A top concern with electric vehicles is the limited range. We touched upon range anxiety, what other strategies is Volt providing to deal effectively with the range including getting the most range from the cleaner electric battery?

John Ferris: The goal is to provide the equivalent range as a typical vehicle. The battery will cover most daily trips and gasoline is there to handle longer trips. Recharging the battery twice a day effectively doubles the size of the battery without any increased cost, mass [weight] or vehicle packaging impacts. 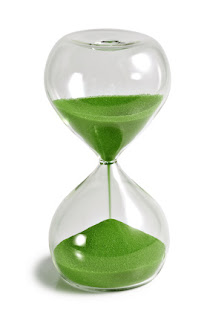 
John Ferris: GM is engineering the battery to last up to 10 years / 150k miles.  To achieve this goal, the battery is not allowed to drain to empty. Only ~50% of capacity is utilized to power vehicle and the purpose is to protect the battery life and maintain end of life performance. This is different than other manufacturers’ approach who drain the battery up to 80+%.

CG: Impact to the grid?

John Ferris: EREVs (like the Chevy Volt) and PHEVs will have much lower infrastructure requirements (vs. pure battery vehicles), especially at home and from a local grid perspective.

CG: What about the segment that doesn’t have easy access to garage / electricity to recharge?

John Ferris: GM is working with cities and businesses on readiness initiatives.

CG: What can be done to level the playing field to help EV gain a foothold?

John Ferris: Early on, government and public policy is needed to support the adoption of plug-in vehicles.  Global markets with high fuel prices and other incentives are also starting to find plug-in vehicles (like the Chevy Volt) an increasingly attractive option.

The government has supported battery and electric drive unit R&D, but other specialized electric vehicle components could benefit from government support and additional research.

What are the design improvements for the Volt?

CG: Since the amount of fuel required and therefore battery size is also determined by how efficient the car is, how has the Volt team improved on the basic car design?

John Ferris:  The Volt represents first generation electric vehicle technology and will be enhanced in subsequent generations. The production version of the Volt focused on optimizing aerodynamics while reducing electrical loads and mass.

The final production design has significantly enhanced aerodynamic performance compared to the “the expressive design” of the concept car with a drag coefficient approaching that of the Chevrolet Corvette.

In addition, a lighter car requires less energy to move, so we reduced the weight (mass) by reducing it from 5 to 4 passenger vehicle.

Finally, the typical car is loaded with features that consume electricity.  We reviewed all opportunities to improve efficiency and reduce electrical loads. For example, we worked with Bose to provide low energy audio system that still rocks.

There is also an opportunity to harvest wasted energy. Regenerative braking will be available to capture energy from braking.

CG: What are the industry standards that have been agreed to for example, plugs to charge. Does GM support an open standard? What has it done to encourage open standard?

John Ferris: GM believes in standards. Standards drive down costs. GM has a history of collaborating in areas that are not key areas of competitive differentiation. For example, with transmissions, we worked with other auto manufacturers to lower development costs. It’s good for the auto industry and the consumer when we work together to establish early standards and drive down the development costs of advanced technology.

CG: What majavascript:void(0)kes up the other extra costs? It seems that the $40K (speculation on Volt cost) minus $10K battery that there are other costs as well that are higher for an e-car. What are they? And are those costs declining as well?

John Ferris: Other parts are a significant contributor. The reason the costs are higher is that the supplier network for electrical components (regenerative brakes, electric motors, power electronics, chargers, etc.) is still in its infancy. Some suppliers are start-ups with no or limited automotive experience. Learning (experience and design iteration), economies-of-scale, and competition will help drive down costs in these other areas. GM's intent is to drive down the costs of this technology which will support widespread adoption in the future.

Related Posts
Will Electricity Transform Cars?
Can the EV Do the Trip To Vegas?

John R. Ferris, Program Planning Manager, Global Electric Vehicles, GM
Ferris has over 20 years of experience in the automotive industry including multi-year assignments in corporate finance, corporate strategy, product planning and advanced vehicle development. Ferris was a member of the Chevrolet Volt Concept Team and was responsible for leading the Chevy Volt Program Execution Team through the architectural and program definition phases of General Motor’s global vehicle development process. He is currently managing go-to-market activities and electric infrastructure development for the Chevy Volt. Ferris started his GM career at Saturn Corporation and holds a MBA from the University of Chicago (Booth School of Business).