How to Use Group Dynamics to Stamp Out Ugly Politics

Over lunch, my friend provided an update on his career at a thriving start-up. Previously when Adam talked about his CISO role, he enthused about the challenges and teamwork.

Today, Adam lamented about a subtle shift in culture as the company has grown. For the first time since joining three years ago, politics registered on his threat meter. In some recent exchanges, his meter had gone to red alert.
Newcomers may engage in bad politics because they are trying to quickly enhance their power base and prove their worth. Newcomers may also feel excluded by the founding team. As the company grows, resources may be more constrained which in turn may motivates bad political behavior to keep or get those limited resources. Also, there are more varied experiences and opinions and bad politics often occurs when these differences are poorly managed.
For example, the new product manager wants to cutback on security features for early versions of features because Agile promotes "minimal viable product." Together with the Exec VP of marketing, they have done an end run to the CEO. The new CIO wants to bring in a new set of collaboration tools without completing the necessary security engineering and the CISO is characterized as slowing down progress.

Since these issues were starting to increase the organization's cyber risk, I suggested that he raise the issue at the next Friday beer bust. (He works in Silicon Valley).  My recommendation was to leverage group dynamics to reinforce the group's values and modulate behavior.

1. Relate Politics to Broader Goals
Adam would introduce his concern that dysfunctional politics could derail the company from achieving its goals. It is important to relate the political turmoil to other department's challenges and the broader organizational goals, and not just the specific InfoSec ones.

2. Make Them See
He would then take specific incidents from his current job --- but change the names and setting. It is critical that he put these examples in context of his previous big company experiences where politics stifled productivity and creativity.

3. Inspire with a "Call To Action"
Next Adam would challenge his colleagues to avoid the fate of so many companies who experience an explosion of politics. Adam could frame the challenge by asking "How can we work together to avoid this type of energy-sucking behavior? How can we grow-up the company without down-sizing teamwork?"

This Socratic type of questioning should elicit a strong response from leadership on the need to stay focused on the goal and a strong chorus from the troops who also prefer a politics-free workplace. In fact, the recent  perpetrators of dysfunctional political behavior are likely to voice support for a healthy work environment.

4. Let Them Figure It Out; Facilitate the Discussion as Needed
Adam should plan on posing some additional questions:

If the free-flow discussion covered any of these topics, Adam could briefly summarize the lessons. The important role as facilitator is for Adam to avoid letting the conversation digress into a whine session. The goal is to agree on some positive actions that can be implemented immediately.

This first discussion should cover a lot of ground. Yet keeping the culture politcs-free will require follow-up to dig deeper and sustain the commitment.

This scenario examined a newer organization. But this approach is effective for older organizations but may take several sessions for honest and helpful dialog to emerge if the team has been hardened by corrosive politics.

The benefits of this approach are: 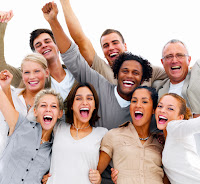 This is an important crossroad for a growing company. If this change is handled well, it can bring the team closer together and maintain an important advantage --- an open and honest environment that nurtures the creative spark.

And reignite my friend Adam's enthusiasm for his work and get his nascent security program back on-track.