How To Sell Green Projects to Hostile Stakeholders

First published by Greener World Media on Oct 25, 2010.
What Saving Lions Can Teach Us About Green Business

In the corporate jungle, when trying to sell a new program and make changes in culture, meetings are often tense or inconclusive. Finesse is required to facilitate such situations to make progress while satisfying stakeholders.

The other night I witnessed a skilled leader -- Flip Stander -- who negotiated a settlement with stakeholders who were justifiably concerned that the program he was advocating could cause severe financial hardship. In the end, the stakeholders themselves saved the program.

I was so impressed with Flip Stander's techniques that I wanted to learn more about what made them effective and how to use them more broadly to accelerate green programs in the corporate setting.

Dr. Stander is founder of the Desert Lion Conservation Project. His program supports the restoration of lions in the desert region of Namibia who were on the brink of extinction. The restoration program started with a few surviving lions in an isolated and small refuge. To fully recover, it would be necessary for the lions to extend their range, often in conflict with farming communities.

Why Green Programs Are Delayed
The Desert Lion Conservation Project faced the same challenges as many corporate green programs, where sponsors and stakeholders are sympathetic and support green goals but often delay in expanding the program since the program is deemed too risky, too ambitious or too low of a priority.


Stander's stakeholders -- the villagers near the refuge -- appreciated nature, but when asked to support the reintroduction of the lions, believed it was:

• Too risky: The livestock was their livelihood and losses were not covered by insurance. Lions had destroyed their valuable property before and were hunted aggressively by farmers during an extended drought in the 1980s, when wild food sources were scarce and domesticated animals became attractive prey. (Surprisingly they did not fear personal injury.)

• Too ambitious: Lions already had a refuge and that should be sufficient.


• Too low of a priority: As subsistence farmers, they had bigger issues to worry about than the fate of a few lions.

When the lions started to recover, a juvenile lioness migrated to a nearby valley which was home to a few villages. She killed several cows and the villagers insisted that the lioness be returned to the refuge. Confined to the refuge, the lions would have no chance to rebound and would remain at best a few specimens -- as if they were in a zoo.

Stander acted quickly to this threat and placed a knife by the lion's supine body and then told the villagers that the lioness's fate was in their hands. Stander backed away and let the villagers decide.

After intense debate, the villagers recommended a third way. The lioness could live and remain in the valley, if she was monitored and the villagers informed of her whereabouts.

A radio collar was placed on her and Dr. Stander's became her parole officer. With abundant game, the lioness went on to produce many offspring. The lions never resorted to killing the villagers' property.


7 Steps To Get Your Green Program Approved
Most of us when confronted with a similar challenge would put together an exhaustive and exhausting presentation to justify the program. Stander could have rushed into the village and called a meeting and proceeded with his best sales pitch to avert the relocation, but his approach was different.

1. Invest time to share information and learn about the individual points of view. Small group or individual meetings are often more effective which allow you to tailor the discussion and encourage open feedback.

Prior to the showdown over the lioness, Stander and his goals were well known to the individuals in the village. He had listened with respect to their concerns.

2. Recruit leaders of the various constituencies to present your case. They have more credibility.

Stander also won over a few villagers to the cause, who had more credibility pleading the lions' case.

3. Define a concrete decision that engages your audience

The story reached a dramatic juncture which made the decision clear and simple -- whether this lioness lives or dies.

Stander did the unexpected and brought the sedated lioness into the village. Here she was up close. Her grace and beauty could be admired and not just feared. Stander transformed the lioness from an abstract property-destroying-monster to a sympathetic natural wonder.

Stander's approach was so unpredictable and radical that it got the villagers' attention. It caused the villagers to pause and rethink their position and find a better way.

Make the effort to bring your example to the conference room for all to see and touch. Or take the stakeholders to the field.

5. Trust the team to come to the right decision. Encourage group dynamics and take a background role. Only if necessary, ask open-ended questions to get the dialog back on-track or answer questions.

After bringing the lioness to the village, Stander then did something even more astonishing: He literally put the decision in the hands of the villagers. Having provided the knife to the lioness' would-be assassins, Stander made the repercussions of a negative decision explicit. The act of killing her would be personal -- which of the villagers would thrust the knife? Stander said implicitly, I trust you to make the right decision. 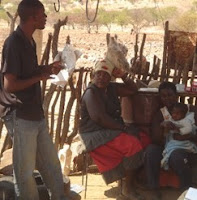 Allowing an educated group to freely discourse and make the decision is the best option to achieve the highest buy-in possible. Many of us invest too little time to educate the group we are trying to convince and hope the big pitch will achieve both goals -- education and approval.

Since the group is often uninformed before the big pitch and we are equally uniformed about stated and unstated resistance, we tend to direct the meeting making the participants feel rushed and pressured. This leads to a poor outcome where the program is killed outright or languishes in limbo by asking for more research.

On the day of the show-down, Stander was able to step aside. Even with such preparation, many of us would feel threatened if our audience were to take-over and want to get the meeting back on-track. The more controlling may actually stop the discussion. It is critical to know when to shut-up.

6. Summarize the decision and next steps. Stop once the sale has been made.

Many of us overburden the agenda. At a typical corporate meeting … "Since we're already talking about lions, let's take the time to discuss my entire program to restore the lions, track them, monitor their health, expand their range, and so on."

Stander wisely decided to focus on one topic and then moved quickly to wrap-up the meeting.

7. Focus on implementing the decision to ensure a visible win to support furthering the program. Stander left the meeting and immediately implemented monitoring that benefited the lions and supported the next part of Stander's innovative program.

When you need to sell a new green program, consider supplementing the typical bullet point presentation and engage the stakeholders with a specific real world problem.You may just find that a lion sells better than bullets. 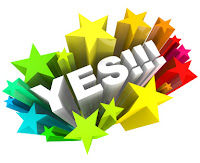 Imagine Your Green Program Launched
Contact me to learn how to effectively position and then win over stakeholders.
claudia@g3biz.com

Desert lions are different from their more familiar cousins, the lions of equatorial Africa. They have evolved physical characteristics to allow them to survive in the harsh conditions of the desert. One distinction is a desert lion requires a hundred times greater range than a Serengeti lion given the sparser distribution of prey animals.

The specific incidents referenced in this article may be viewed from a segment on a YouTube clip of the documentary. Two minutes into the video is a villager discussing the hardship of loss from a lion destroying property. And 8:30 into the video is the showdown with the villagers.