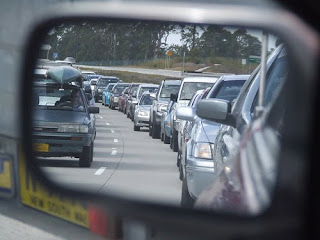 In 2002, Stanford had to shift more commuters to alternative methods or it would be forced by Santa Clara County to make a huge investment in traffic mitigating infrastructure to support its expansion plans.

Yet, Stanford had to shift even more commuters or it would be forced by Santa Clara County to make a huge investment in traffic mitigating infrastructure to support its expansion plans.


Since Stanford was committed to the environment and had a basic commute program in-place, the decision was made to increase its efforts to promote greater use of alternative commutes. By enhancing convenience and reducing costs for commuters, Stanford exceeded its goal and now 48% of Stanford’s commuters use alternative transportation. 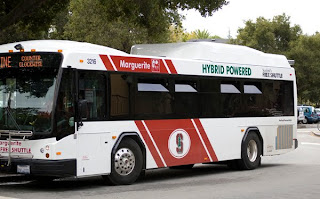 The data also showed that a number of employees lived close to campus. By expanding coverage of the existing Stanford shuttle to the outer campus areas, employees in nearby neighborhoods could then use the shuttle for their commute. 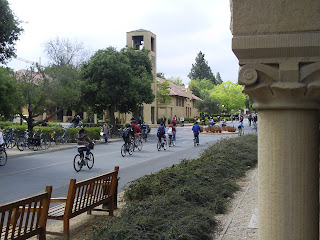 One other alternative that has increased significantly is biking. In 2002, biking enjoyed an above average use at 7%. By 2008, biking was close to 11%. Stanford was fortunate that the neighboring communities were bike friendly and continued to improve. In addition, Stanford enhanced biking amenities such as increasing the number of racks, providing subsidies for helmets and folding bikes (for those commuters who also use the train).

The transportation department also made driving alone more costly by increasing parking fees significantly. The savings from parking was then more advantageous for those committing to alternative commutes. At the same time, the cost of gasoline also increased, peaking in 2008. 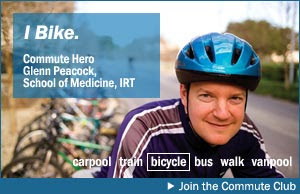 As part of its comprehensive commuting program, Brodie Hamilton and his team defined a branded community for Stanford’s commuters by establishing the “Commute Club”. By joining the Commute Club, commuters receive extra benefits including a cash payment of up to $234 per year.

The Commute Club is part of a broader promotion program that announced the many new features of Stanford’s commute program and encouraged use of alternatives. Brodie Hamilton explained, “We were fortunate that over time we had three different people creating campaigns, which included an improved website, targeted marketing, banner messages, testimonials, refer-a-friend, trial period, contests and news articles.” Since its inception, Commute Club membership has grown over 90% from 3,700 employees to nearly 7,200.


THE RESULTS
The overall results have been tremendous with an increase of 70% in alternative transportation. Those services added since 2002 are highlighted in bold.

My goal has been to solve the issues preventing people from leaving their cars at home. That’s the only way we will change ‘Yes, BUT …’ to ‘YES!’ ”