BMW Finds The Road to Sustainable Cars is Paved Through Silicon Valley: Legacy Platform
To help BMW maintain its status as the ultimate driving machine, BMW established a Silicon Valley Technology Office in 1998. A focus area is to make its traditional platforms as fuel efficient as possible while developing alternative approaches to transportation such as electrification, hybrid and hydrogen. 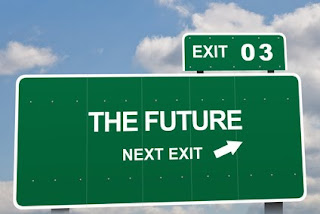 BMW has a huge influence on the “personal mobility” segment. It sells over 1.4 Million cars annually and has even broader influence since technological advancements are often introduced by high-end auto makers such as BMW that are then adopted by others in the industry.

I recently visited with Stephan Durach who heads this office and is on-loan from Germany to find out how BMW has forged a connection between automotive industry and the entrepreneurs of Silicon Valley. Stephan Durachshared more about his special unit:


“Our goal is to absorb Silicon Valley’s unique culture of innovation”.

The approach is to act as scouts for technology and network with Silicon Valley companies. They also leverage world class universities in the area and have ties to Stanford, UC Berkeley and UC Davis. For promising technology, his team will complete a proof of feasibility which may lead to a technology transfer back to the BMW home office and formal partnerships with California companies.

The broad programs supported by Silicon Valley Technology Office are:
During our discussion, we focused on BMW’s efforts in improving its fuel efficiency and reviewed its program “Efficient Dynamics.”  Stephan Durach shared “The engineering challenge is to maintain the BMW experience while being fuel efficient”.

At this point in the lifecycle of the internal combustion engine, a single change is unable to achieve break-through benefits. The efficiency game will be won by a methodical review of each component and process to eek out smaller percentage gains. When added together, they make a significant difference.  At the end of 2008, BMW Group reduced its carbon emissions in Europe by 25 percent from 1995 levels.

There were many improvements such as lighter materials, hybrid introduction, diesel engine improvements, aerodynamics that were made as part of “Efficient Dynamics”. The examples shared by Stephan Durach illustrate activities complimentary to Silicon Valley Technology Office goals – software (s/w), leveraging technology outside automotive industry and using electricity as a fuel.


Software
Use software (s/w) to manage components that where always on at full power even when power consumption needs were less. 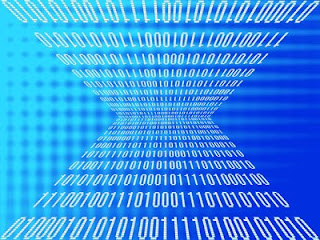 Turn-off engine when fully stopped. While idling at a stop light, fuel is consumed. This is typically 5% of total driving. In fact, studies have shown that idling more than 30 seconds uses more fuel than restarting. BMW added s/w to detect and turns off and then restarts when driver presses accelerator. This is not as simple as turning off / on, the associated components such as the starter and battery were reviewed to ensure that these components could handle the higher frequency start / stop.

Reduce engine revolution when in stop and go traffic. Idling 10 minutes is equivalent to traveling 5 miles.

Switch from “always on” hydraulic system to variable power electric system. Any hydraulic system requires pressure be maintained which requires energy and reduces overall fuel efficiency. To improve efficiency, BMW is switching from hydraulic to electric steering. The advantage compared to traditional hydraulic systems is that it only needs electricity when the car is actually changing direction. When the car is traveling in a straight line or rounding a corner at a constant angle, the electric motor is idle and does not draw any power.


Import Technology to Use Heat as Energy
BMW's next major break-throug was to recover heat generated to power the car using thermo electric energy technology, which has been named “turbo-steamer” by BMW. 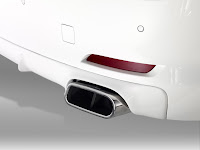 Any mechanical device generates heat as a by-product and a car generates lots of heat. Keeping the engine cool, preventing heat from entering the cabin and eliminating heat through the exhaust pipe have been the traditional concerns of automotive design. The average car wastes two thirds of fuel consumed through heat loss.

Heat is also a form of energy and BMW posed the question:


How can this lost heat be used to power the car?

Recovery of lost heat is estimated on average to improve fuel efficiency by 5 - 10% or 2 – 4 mpg. The recovered energy is being used to power A/C, entertainment, cabin controls, electronic steering. It could also be stored in a battery. Materials are expensive but should become more affordable over time while fuel costs are projected to rise making the economics more favorable


Application to Other Industries
Like the internal combustion engine, most technical processes waste a great deal of energy where 50% waste is not uncommon.  The strategies BMW applied are consequently valuable for processes across all industries: