Peter Drucker observed, “You can’t manage, what you don’t measure.” Wanting to better manage its environmental drivers, Juniper boldly started measuring its impact to the environment and reporting results to the Carbon Disclosure Project (CDP) more than five years ago.


Brad Minnis, Director of Environmental, Health, Safety and Security at Juniper Networks explained that there were benefits for Juniper to complete the Carbon Disclosure Project’s detailed reporting since “it helped us better manage by highlighting where to focus our efforts”.

The Carbon Disclosure Project (CDP) is a global and standardized process for companies to report their greenhouse gas emissions to institutional investors. The reporting scope that Juniper Networks committed to is quite impressive. For example, only 27% of S&P 500 participates in Level 3 reporting. (See Note 1). From the start, over 5 years ago, Juniper reported on all three areas that Carbon Disclosure Project (CDP) collects. Specifically those areas include:


Juniper measures all facilities with 100 or more employees. Smaller facilities are typically leased and most landlords do not maintain granular data by lessee. Brad Minnis shared that “Data at first was sketchy, but over time Juniper put processes in-place to capture more data.”


Rather than delay and wait until the data was perfect, Juniper started with what was available and improved each year.

The first learning was that “it is important to pick the appropriate metrics”. As a growing company – historically 30% year-over-year -- Juniper needed to track fine-grained data. Brad Minnis explained, “If Juniper had just looked at macro usage, we would have seen continued growth in GhG emissions to support our continued business growth”. In fact, during 2007 emissions grew by 25%, Consequently, Juniper also started to capture such metrics as “energy / emissions per employee” and “energy / emissions per square foot” by different types of facilities (office compared to lab / Data Center). When reviewing the more granular metrics as reported in Sept 2008; energy per square foot remained flat and a small increase in per employee of about 8% which was due to fuel issues in India and improved collection of data.

With data, Juniper could track progress and guide future initiatives for facilities, commuting, product design and business travel. (See Note 2). Lab and Data Center energy was a significant part of its financial and carbon footprint, which metrics highlighted. By focusing in this area, Juniper implemented a program to reduce its server footprint by 30% in its largest data center facility in Sunnyvale, which represents approximately 325 servers with an estimated payback in 18 months from reduced energy expenses. One other area that has been a major focus is commuting. As reviewed in a previous post, Juniper shifted 35% of California employees to better commuting options such as public transportation, carpooling, telework, compared to the state average of only 23%. 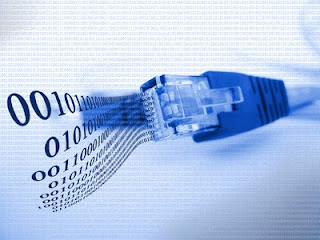 Product use is also part of CDP Scope 3 reporting. Focus on energy consumption of products have yielded design improvements such as consolidation, integration, acceleration & virtualization whose purpose is “to reduce the number of devices required to do the same job which will in turn reduce the number of devices drawing power and requiring cooling which  reduces energy cost and carbon footprint.” Power supply utilization was significantly enhanced and is now  60% better than traditional power supplies. Another change was to rethink upgrades and instead of retiring old hardware, Juniper allows upgrades in place for some of its products to ensure hardware can be reused and waste reduced.

One area where data remained “sketchy” was the Supply Chain. About two years ago, Juniper, Wal-Mart, Dell and nine others founded the Carbon Disclosure Project’s Supply Chain initiative. The goal was to coordinate the collection of data from companies serving the supply chain so those companies would only need to respond once rather than receive duplicate requests for data. 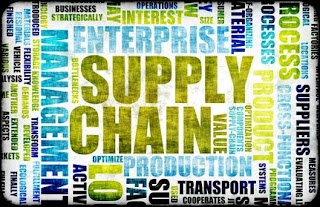 "Our analysis suggests that for consumer goods makers, high-tech players, and other manufacturers, between 40 and 60 percent of a company’s carbon footprint resides upstream in its supply chain.”
The McKinsey Quarterly, July 2008


Juniper has more than 1,000 contract suppliers, but the top 50 suppliers represent 80 – 90% of the equipment manufactured for Juniper. Juniper invited a subset of its suppliers to participate. Only 17% of the suppliers participated the first year and by the second year the participation had increased to 57%. (See Note 3). Although more are now reporting the level of detail still needs to be refined.

Juniper’s expectation for itself and its suppliers is that sustainability is a journey where progress is guided by consistent measurement and on-going transparency. As the next step in its journey, Juniper announced earlier this week that it will be a sponsor of the Seventh Annual Carbon Disclosure Project. In addition, Juniper will be highlighted in the CDP’s Annual Global 500 and S&P 500 Reports. As Peter Drucker said, “Knowledge [information] has to be improved, challenged, and increased constantly, or its value vanishes.”