Amazon Thinks Outside The Box 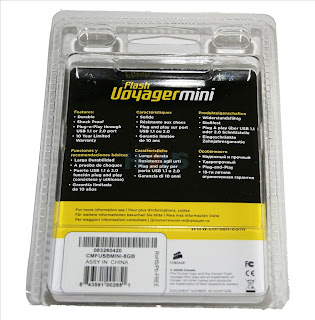 Amazon’s “Frustration Free Packaging” is product packaging that is easy to open. It replaced the typical hard plastic packaging often used for toys and electronics that late night comedians reference as being more impenetrable than Fort Knox.

The new packaging concept was the brainstorm of founder, Jeff Bezos and father of four who had one too many Christmases spoilt trying to open traditional hard-shelled toy packages.

This is an example of how Amazon is exploiting the characteristics of its on-line channel rather than copying the old retail store model. Thinking outside the retail box enabled Amazon to enhance the customer experience, reduce costs and improve the environment.

Despite consumer suspicions that some cruel jokester invented the traditional plastic “clamshell” packaging with its multitude of twist ties, electronic and toy manufacturers did not intend to cause frustration or injury. Packaging is designed for retail display to allow the consumer to see and test the product without damaging it. Visually verifying the size, quality, features helps the consumer make the final purchase decision.

Some may point out that the hard plastic packaging is over-used, which is also accurate. We probably can do without inspecting the double A batteries. Nevertheless, it is helpful in some situations such as the highly competitive toy aisle where discerning young shoppers want to preview and test their selections. For those items that are more frequently shoplifted, the packaging is purposely made more difficult to open. With small products, the packaging is often over-sized so a shoplifter is unable to hide the product easily.

Since Amazon has no retail outlets, they can forgo the anti-theft and in-store merchandising. This allows Amazon to focus on packaging to transport the prod 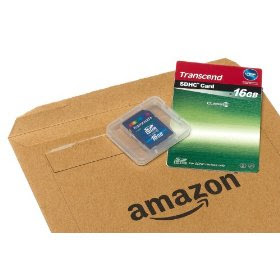 uct safely. Designing simpler packaging was just the first step. Amazon then had to work with each of its suppliers to adopt. The benefit for the suppliers as shared by Amazon’s Director of Corporate Communications, Patty Smith “is to reduce packaging related costs including transportation.” Since the suppliers continue to ship to traditional retailers, special processes needed to be established for Amazon, but given Amazon’s volume, it was worth the effort for the manufacturer.

Green and cost savings are often twin drivers, since materials that are over-engineered for the task are usually wasteful of natural resources.


Amazon emphasized the ease of use rather than its green qualities, which is a savvy marketing strategy. As Patty Smith, Amazon’s Director of Corporate Communication explained, “everyone can relate to the challenges of opening the typical electronics or toy packaging”. As a parent, I have first-hand experience with an impatient child pleading for his new toy. Since it takes many minutes to open the packaging properly, I have been known to resort to hacking away like a slasher in a teen horror movie which can lead to injury to self and the product. According to the Consumer Product Safety Commission, packaging-related injuries account for more than 6,000 emergency room visits annually.

Consistent with its consumer-oriented culture, Amazon leveraged its already strong community and made it easy for customers to provide feedback on the new packaging. As Ms. Smith shared, “Amazon uses a Goldilocks rating system from too little, too much or just right” packaging. Amazon then shares the feedback with internal departments and suppliers to continue to improve the program.

Although environmental concerns were not the primary driver, the simplified packaging has significant impact. Traditional packaging used by the manufacturer was made of plastics that used non-renewable resources and sometimes toxic materials. Most plastic is not recycled. This was replaced by a cardboard box made of recycled materials that could be easily recycled again. Packaging is now right-sized to better fit the product rather than over-sized for display and anti-theft requirements. As Amazon continues to expand its program beyond toys and electronics, the benefits will continue to accrue for consumers, suppliers, Amazon and the environment.